Input output (IO) tables are essential inputs to many analyses, such as economic impact assessments. However, they are also difficult to make, so Statistics NZ updates its versions only infrequently. For example, Stat NZ’s current IO tables are for 2013.

While we acknowledge the significant effort required to update these tables, the national economy has grown significantly since 2013. In fact, GDP grew more than $47 billion between 2013 and 2017, with some industries growing rapidly during that period, while others declined.

Naturally, however, these structural changes are not captured in the current 2013 IO tables, so analyses based on them no longer reflect economic realities ‘on the ground.’

Rather than wait years for new official IO tables to be made, we created our own new set for 2017 to replace the ageing official ones.

This isn’t the first time that we’ve done this, however. In 2015, we created NZ’s first and only independently-derived IO tables to replace the then-2007 versions available via Stats NZ. These were a hit, and were used by dozens of organizations to estimate the economic impacts of various industries, projects, policies, and events.

Our new 2017 IO tables build on that experience, and help improve the information base upon which many important decisions are made today.

How Do We Know They Work?

Insight Economics has been creating IO tables for several years, with more than 1,000 hours spent deriving NZ’s first independently-produced tables in 2015. Like our previous IO tables, our new 2017 versions have also been derived in accordance with the international standards set for national accounts production (as developed and endorsed by the United Nations, the World Bank, and the IMF). Once derived, our new tables were subjected to a range of tests to ensure their overall accuracy and reliability. The end result is a set of theoretically-sound and numerically-robust national and regional IO tables for 2017, which are available right now.

What Data Were Used to Perform the Update?

Our new IO tables incorporate detailed information contained in the following data sets, which are:

Which Regions do the Tables Cover?

Our standard regional IO tables align with regional Council boundaries. However, we can also create customized tables for any area that you choose.

How Can I Buy Them and How Much do they Cost?

The tables can be purchased directly from us. Just send us an email, and we will send you the tables that you need within 24 hours (if not much sooner).

The prices per table are as follows (ex GST):

What Our Clients Say

The IO model from Insight Economics has allowed us to make informed decisions based on sound economic principles, while feedback or question to Fraser has always been promptly answered.

I have used Insight’s service in several applications. It is timely, efficient and delivers what it promises. A big feature is that the product(s) reflect careful thinking about recent conceptual developments in areas where robust analytical input is crucial. 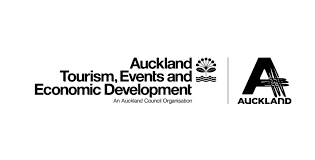 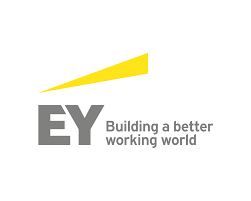